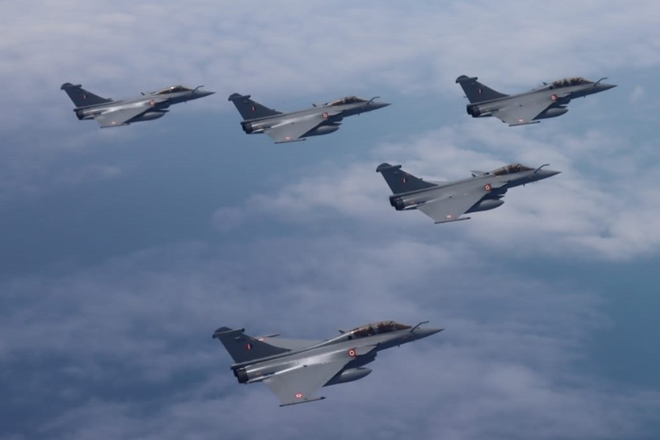 Surat: Nearly 23 years after Sukhoi aircraft joined the Indian Air Forc (IAF), a fleet of five French-manufactured Rafale multi-role combat jets touched down at Ambala airbase on Tuesday, giving the country’s air power a strategic edge over its adversaries in the neighbourhood.

These ‘new birds’ from France covered a distance of nearly 7,000 km to land at Ambala to a ceremonial welcome. Chief of Air Staff Air Chief Marshal R.K.S. Bhadauria, who received the fleet at the airbase, said the aircraft will be operationalized in the IAF soon.

The formal induction ceremony of Rafale fighter jets into the IAF will happen after the Independence Day.

Air Commodore Hilal Ahmed Rather, Air Attache to France, who played a key role in the acquisition of aircraft, was among those present at the Merignac airbase at Bordeaux, France, when the first batch of five Rafale aircraft took off for India on Monday. The senior IAF officer, who hails from Kashmir, accompanied India’s Ambassador to France Jawed Ashraf and Éric Trappier, Chairman, Dassault Aviation.

The aircraft, having an undisputed track record and considered one of the most potent combat jets globally, were escorted by two Sukhoi 30 MKIs after they entered the Indian air space after air-to-air refuelling and a single-stop in the UAE. 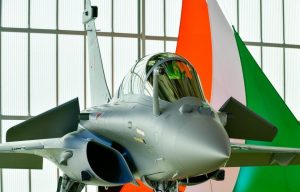 The five fighter jets are the first batch of the 36 Rafale fighter aircrafts India had procured from France for Rs 59,000 crore in 2016 as an emergency purchase to augment the IAF’s combat capabilities.

Defence Minister Rajnath Singh confirmed that the five Rafales landed at the Ambala airbase. He tweeted: “The Birds have landed safely in Ambala. The touch down of Rafale combat aircrafts in India marks the beginning of a new era in our Military History. These multirole aircrafts will revolutionise the capabilities of the @IAF_MCC.”

The Rafale jets are India’s first major acquisition of fighter planes in over two decades. They are expected to significantly boost the IAF’s combat capabilities.

The Rafales are armed with ‘Meteor’ air-to-air missiles (120-150 km strike range), ‘Scalp’ air-to-ground cruise missiles (over 300 km) and other armaments.

The Meteor missiles are among the best in the world for air combat duels, with “a greater no-escape zone” for hostile fighters than any comparable BVR (beyond visual range) weapon.

Pakistan and China do not currently have any missiles of this class in their combat inventories. A Rafale jet can also carry two fire-and-forget Scalp cruise missiles to hit high-value fortified targets well over 300-km away. 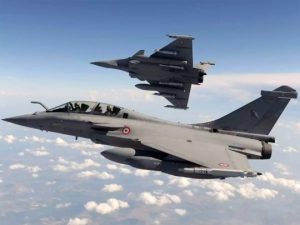 India is planning to also equip its new Rafale fighter jets with the “Hammer” air-to-ground precision-guided munitions amid the ongoing military confrontation with China in eastern Ladakh.

The 20- to 70-km range Hammers, designed to destroy bunkers, hardened shelters and other targets in all terrains including the mountainous ones in Eastern Ladakh. They will be able to outgun and outrun Pakistani F-16 and JF-17 as well as the Chinese Chengdu J-20 fighters. The Rafales will also be equipped with the MICA weapon system which is integrated into IAF’s Mirage 2000 aircraft.

They are also capable of delivering nuclear weapons. The 13 India-Specific Enhancements (ISEs) or upgrades on the 36 Rafales will become fully operational in 2022 after undergoing “software certification” after all the jets reach India.

Acting on a special request by the IAF, France had accelerated the deliveries of Rafale fighters to India. Five jets came instead of four that were originally planned to be delivered in the first batch.

France had handed over to India its first Rafale fighter during a ceremony attended by Defence Minister Rajnath Singh and his French counterpart Florence Parly, at Merignac, on October 8 last year. 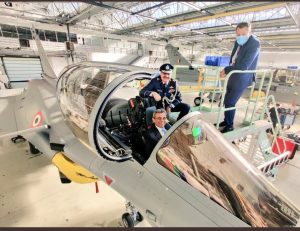 Air Commodore Hilal Ahmed Rather, who hailed from the Bakshiabad area of south Kashmir’s Anantnag district, studied at Sainik School. He was commissioned in the IAF as a fighter pilot in the flying branch in 1988. A highly decorated officer, he was promoted as Air Commodore in 2016.

He is credited with ensuring quick delivery of Rafales and its weaponizing as per the Indian requirements.

He had also helped Rajnath Singh perform the traditional Hindu “Shastra Puja” (weapon worship ceremony) on the handed-over Rafale jet in France in 2019.