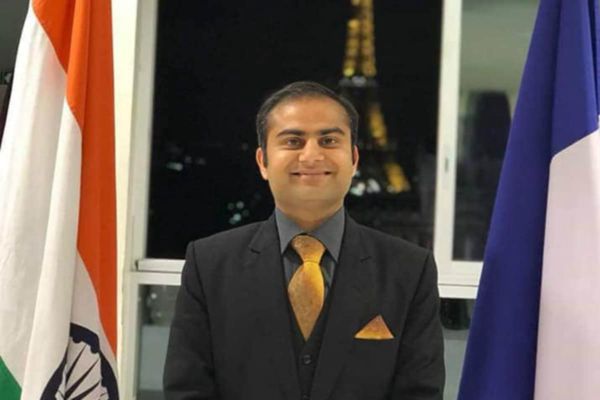 Defence: Diplomat from MP sends off Rafale from France to India

Defence: Diplomat from MP sends off Rafale from France to India

Ahmedabad: Naman Upadhyaya, Second Secretary at the Indian Embassy in Paris, became a visible face on Monday when he oversaw the dispatch of five Rafale jets from France on Monday.

It was in his presence that the first batch of Rafale fighter aircraft took off for India, to be inducted into the Indian Air Force (IAF) at its Ambala Airbase on Wednesday.

Upadhyaya hails from a small town, Harda, around 175 km from Bhopal in Madhya Pradesh.

He was by Defence Minister Rajnath Singh’s side when the latter visited France last year. On Monday, when the first batch of jets was handed over to the IAF in France, he was once again present to witness the historic moment.

These newly-acquired jets flew out from the Merignac airbase in the French port city of Bordeaux. Crossing a distance of nearly 7,000 km with air-to-air refuelling and a single stop in the United Arab Emirates, they arrived at Ambala Air Base. 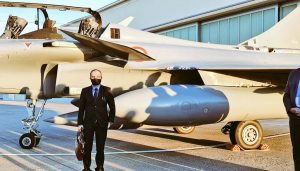 Upadhyaya was posted as the Second Secretary in Paris after he was picked up by the UPSC in 2016. He was earlier selected in the MP Public Service Commission in 2010-11.

“He reached until the UPSC’s interview-stage twice but could not make it. However, he never got disheartened,’ said his cousin and City Superintendent of Police in Indore, Nihit Upadhyaya.

‘He always had a knack for working on his shortcomings with a lot of positivity, which inspired others as well,’ said the officer, adding he got inspiration from his elder cousin to prepare for the civil services examination.

He always had a keen interest in international relations. He was given a chance to choose a posting in France on the basis of his preferred language (French) after his appointment in the Indian Foreign Service (IFS).

Naman’s father, Narmada Upadhyaya, retired as Director in the Commercial Tax Department and several of his family members served in senior positions in the state.