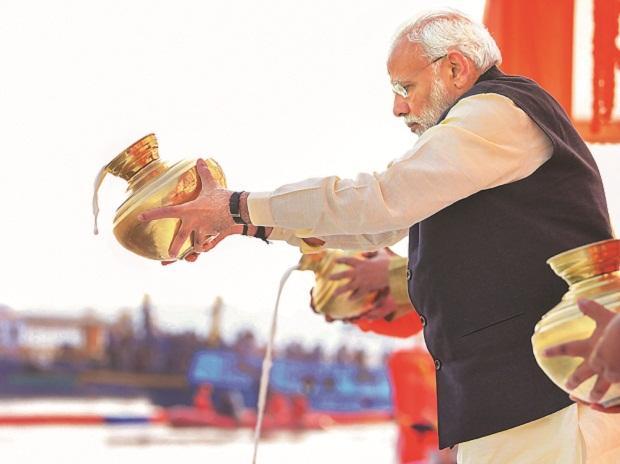 Prime Minister Narendra Modi in his office on Wednesday, announced that he has donated Rs 21 lakh from his personal savings to the corpus fund for the welfare of sanitation workers of Kumbh Mela.

Quoting the sanitation workers, PM Modi had said “these safai karamcharis were my brothers and sisters who were waking up early, sleeping late, all to ensure the cleanliness of the area. They did not want any praise but they were doing their jobs without any fuss.”

Here sharing a number of tweets of the PM donating money, the Prime Minister’s Office tweeted, “this is just the latest in the series of such steps taken by Modi.”

tags: bjp government donation kumbh mela pm narendra modi
previous India takes pride! TaMo and Mahindra appear at Geneva Motor Show
next “I killed mosquitoes at 3:30, should I keep counting how many were they or sleep in peace” –V.K Singh
Related Posts