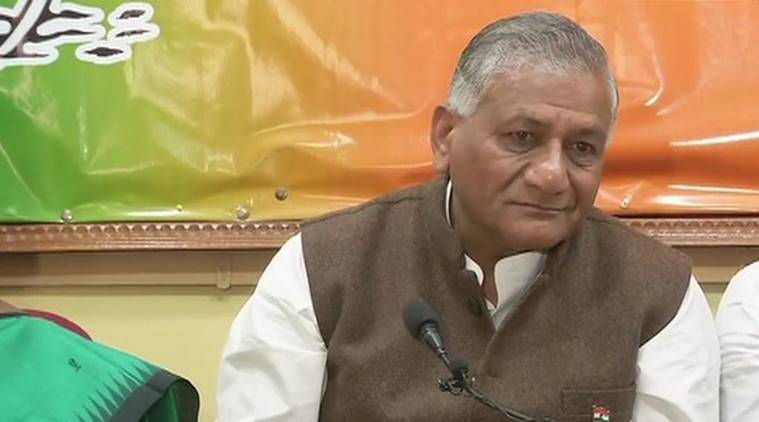 “I killed mosquitoes at 3:30, should I keep counting how many were they or sleep in peace” –V.K Singh

“I killed mosquitoes at 3:30, should I keep counting how many were they or sleep in peace” –V.K Singh

In a Facebook post, Union Minister V.K. Singh on Wednesday said India as a country should look forward to Israel while targeting terrorism. He said this on accounts of Balakot Air strike evidence, repeatedly demanded by opposition that does not occur in Israel as a country. He said unlike India opposition in Israel does not doubt and insult their army when it carries out tasks like “Operation Munich” (An operation Israel carried against terrorists involved in Munich massacre.) Hence Union Minister had headlined his Facebook Post as “Why India does not become Israel?”

In his post on the social media website, Singh also attacked government critics, including opposition members, students leaders, activists and media, and called for a “surgical strike” within India, claiming if it does not happen, then the “robbers are ready to loot”.

The former Army chief called student leaders accused of involvement in “anti-India” protests as “jonk” (leeches) and took aim at the media for referring to terrorists as “militants”, claiming such things do not happen in Israel.

It is high time that the country followed Israel, he said.BJP has already accused the opposition for speaking the language of Pakistan and attempt to lower the moral of armed forces.

In a tweet, Singh also used a mosquito metaphor to refer to the debate on casualty figures of terrorists, asking if he was expected to sit and count how many he killed at night or “sleep in comfort”.

Noting on the reasons why India can never be Israel V.K Singh writes:

While IAF chief B S Dhanoa said in a press conference that the force does not count bodies, BJP president Amit Shah claimed at a political rally that over 250 terrorists were killed.

Singh said time has come for india to be like Israel so that its elected representatives know that the nation will be united for protecting its integrity and sovereignty not only during war but all the time, irrespective of any eventuality.