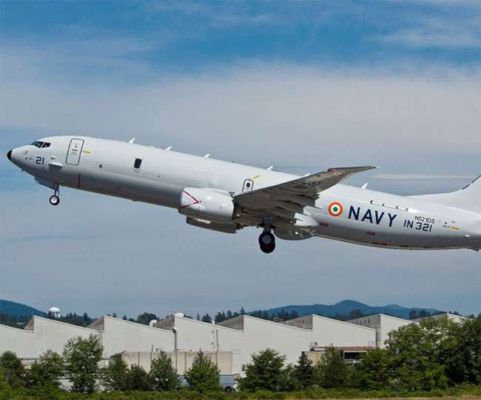 Defence: Indian to purchase six more Poseidon-8I aircraft from the US

Defence: Indian to purchase six more Poseidon-8I aircraft from the US

New Delhi: Amid the Sino-Indian border tension, India has formally kick-started the process to acquire six more long-range Poseidon-8I aircraft from the United States, for around US$1.8 billion.

According to reports, a “letter of request” has already been issued to the US for the government-to-government deal under the Pentagon’s foreign military sales (FMS) programme.

India already has eight naval P-8I patrol planes for surveillance missions over the Indian Ocean as well as Eastern Ladakh. A plan is also underway to fast-track procurement of six Predator-B armed drones.

The P-8I patrol planes, built by the US-based aerospace giant Boeing, are packed with radars and electro-optic sensors and are armed with Harpoon Block-II missiles and MK-54 lightweight torpedoes to regulate surveillance along the Line of Actual Control (LAC).

Under a US$ 2.1 billion deal signed in January 2009, The Indian Navy inducted eight P-8I aircraft. In another US$ 1.1 billion contract signed in July 2016, their delivery is set to begin by December this year.

P-8I is the Indian Navy variant of the P-8A Poseidon of the US. It was formerly called the Multi-mission Maritime Aircraft and is based on Boeing’s Next-Generation 737 commercial airplane.

Amid the ongoing confrontation with China along the 3,488-km-long LAC, especially in Eastern Ladakh, the Indian Army is focused to examine “an emergency procurement” of six Predator-B or weaponized Sea Guardian drones from the United States.

Earlier this week, the Indian Navy deployed Poseidon 8I anti-submarine warfare aircraft in Eastern Ladakh to carry out surveillance along the LAC. According to reports, the Indian Navy’s MiG-29K jets are likely to be stationed in key IAF bases in the northern sector.