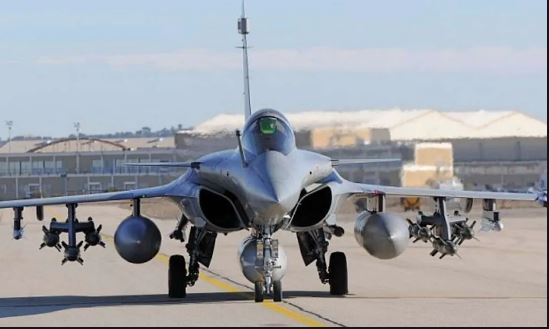 Defence: Why Rafale is distinct from other fighter aircraft?

Defence: Why Rafale is distinct from other fighter aircraft?

Ahmedabad: With the first five jets landing at Ambala airbase in Haryana on Wednesday, Rafale, among the deadliest fighter aircraft in the world, is set to be inducted into the Indian Air Force (IAF) next month.

It is interesting to know what makes Rafale a state-of-the-art aircraft which would give an unprecedented edge to the IAF.

Rafale became operational in 2004 with the French Navy when they flew from the Charles de Gaulle nuclear aircraft-carrier during operation “Enduring Freedom”. The first release (standard F1) featured only air-to-air capabilities.

The French Air Force first operationalized Rafale squadron, EC 1/7 “Provence”. It has been stationed at Saint-Dizier airbase since 2006. The second FAF fighter squadron equipped with Rafale, EC 1/91 “Gascogne”, was officially re-created at St-Dizier in March 2009.

Rafale-M is the only non-US type of fighter cleared to operate from the decks of the US carriers, using their catapults and arresting gear. The fighter jet has been subjected to thorough evaluations by several air forces with very positive results. It has been successfully involved in numerous multinational exercises like Red Flag, ATLC, Tiger Meet, Maple Flag, and Arctic Challenge.

India has become the fourth country to use the Rafale fighter plane after France, Egypt, and Qatar. India was the first country that agreed to buy Rafale after it was used in Libyan airstrikes. 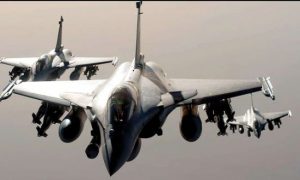 France agreed to a 25% discount on its earlier offer to clinch the deal for an off-the-shelf purchase of 36 Rafale aircraft during Prime Minister Narendra Modi’s visit to Paris.

India had signed an agreement with France for the procurement of 36 Rafale fighter jets at a cost of Rs. 59,000 crore in September 2016. India had inked a direct deal with the French government in a 7.87 billion euro deal.

New Delhi received the latest weapons like the Meteor and Scalp missiles as part of the contract, besides a five-year support package that assures high availability of the fighter. India paid a 15% amount in advance.

Earlier, in 2015, France had announced it will sell 24 Rafale fighter jets to Qatar in a 6.3 billion euro ($7 billion) deal. Paris is also eyeing possible deals with Malaysia.

In February 2015, France agreed to deliver 24 Rafale fighter jets to Egypt at a cost of € 5.2 billion (the US $5.9 billion) including a FREMM multipurpose frigate and supply of missiles. Egypt received the third batch of three Rafale fighter jets flown solely by Egyptian pilots from France in April 2017.

SCALP missile: A precision long-range ground attack missile that can take out targets with extreme accuracy and has a range of 300 km, capped by the missile technology control regime.

METEOR: A beyond visual range air-to-air missile that is possibly the best in its class and can take out enemy aircraft at a range of over 100 km.