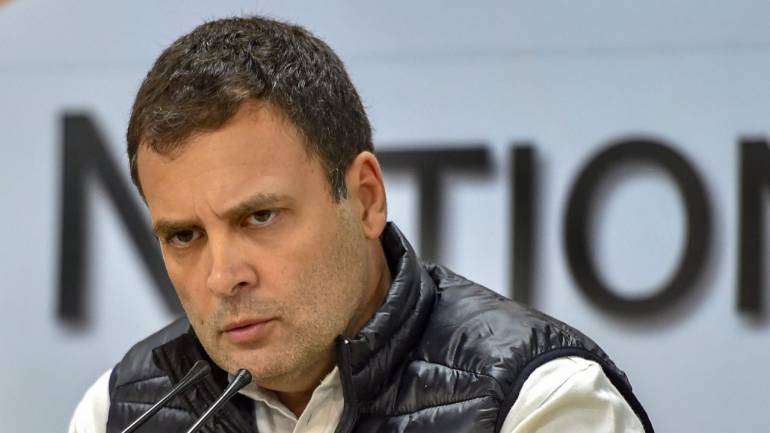 Referring to Rafale Deal papers that Government on Wednesday filed an affidavit to Supreme Court as cited by lawyer Prashant Bhushan as stolen from the ministry, Rahul Gandhi asked Supreme Court to run a criminal investigation against PM. The court had already rejected probe into Rafale deal.

On this the Union Finance Minister Arun Jaitley slammed Rahul Gandhi and said, “The government has repeatedly made its position clear. The Supreme Court has spoken on it. The petitioners are taking one more chance. The CAG has already analysed it. No dynast can claim that he is above the Supreme Court or the CAG and that their verdicts and findings don’t apply on them,” Jaitley said briefing the media persons in New Delhi.

“[In] today’s comment made by the Congress party and its president the facts were completely wrong,” said the finance minister adding, “The Congress party has, in the last few days through statements of its senior leaders, corned itself in a difficult situation. They are getting high TRPs on Pakistan television. But there is revulsion as far as domestic opinion in India is concerned.”

“Politicians must understand people of India are more intelligent than us,” Jaitley said.

Responding to Gandhi’s fresh attack at PM Modi, Prasad said the Congress president is “playing into hands of Rafale competitors”.

“Why can’t there be a criminal investigation against him also,” said Gandhi referring to the Centre’s decision to probe the leak of official documents from the defence ministry.

On Wednesday evening, Gandhi posted a tweet saying there is “enough evidence” to lodge case against PM Modi in Rafale deal.

“There is now enough evidence to prosecute the PM in the #RafaleScam. The trail of corruption begins and ends with him. That crucial Rafale files incriminating him are now reported “stolen” by the Govt, is destruction of evidence and an obvious cover up,” he wrote on Twitter.

tags: Rafale Rahul Gandhi
previous “I killed mosquitoes at 3:30, should I keep counting how many were they or sleep in peace” –V.K Singh
next Google Doodle celebrates women’s day while addressing women in varied languages!
Related Posts