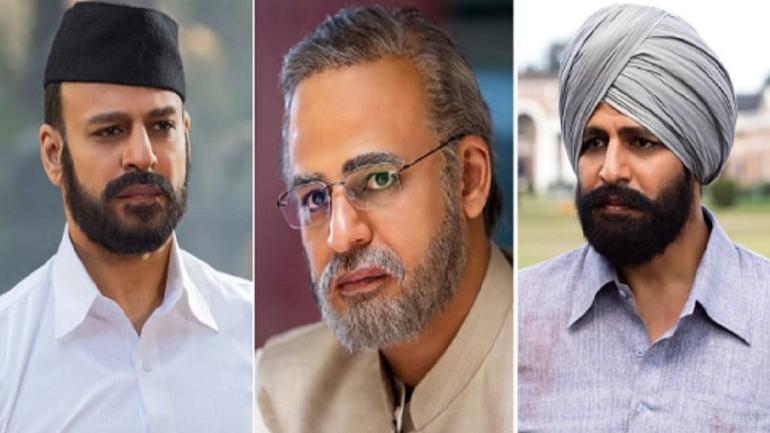 Vivek Oberoi unveiled his first look as PM Narendra Modi in the upcoming biopic PM Narendra Modi. Oberoi who can be seen in the film poster, tweeted: Jai Hind We humbly ask for your prayers and blessings on this incredible journey. #AkhandBharat #PMNarendraModi. Oberoi is sporting the trademark look of PM Modi – a crisp kurta and can be seen with grey beard and hair.

About two months back, since the makers of the film PM Narendra Modi announced the actor Vivek Oberoi to essay PM Modi’s role in the biopic. Since then, Internet had become curious to see how he will look on the big screens.

However, internet doesn’t seems to be happy.

Directed by Omung Kumar and featuring actor Vivek Oberoi in the lead, the biographical drama on Prime Minister Narendra Modi will release countrywide on April 12.

Suresh Oberoi, Anand Pandit and Acharya Manish are also serving as producers on the film.