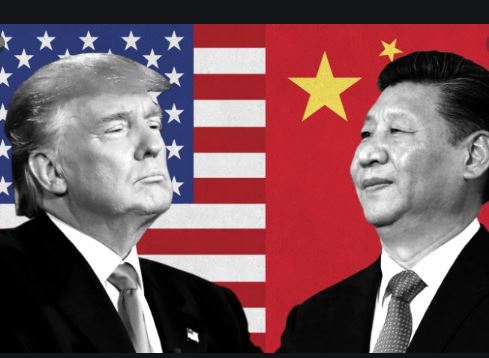 ROVING PERISCOPE: Like Pakistan, Iran may become a Chinese colony!

ROVING PERISCOPE: Like Pakistan, Iran may become a Chinese colony!

New Delhi: The Abbasid Caliphate (750-1258) had underestimated the power of the Mongols who quickly expanded their empire and destroyed the third Islamic caliphate in Baghdad in 1258. The monotheist Abbasids aped the Persian culture and politics, but their running feud with the Byzantine-Christian Empire paralyzed them until Changez Khan’s grandson Halaqu Khan-led atheist Mongol army pulled the rug from under their tottering feet.

Now, Iran is following a somewhat similar script in the geopolitical drama of the Middle East. Tehran’s running feud with Washington has pushed it to invite Beijing in the Persian Gulf, underestimating that the Xi Jinping-led China is only the current descendent of the same Mongols and following the same expansionist policies.

International ‘invitations’ often lead to disasters for the guest as the host, like the proverbial Arab camel, gobbles up the entire tent. See how, by ‘inviting’ Moscow in the 1990s, Afghanistan virtually embraced death; see how by inviting China to Gwader, a bleeding Islamabad is being systematically colonized by Beijing; and see how by ‘inviting’ China, Nepalese Prime Minister KP Sharma Oli is now fighting for his own existence.

South Asians are well aware of the folklore of how two cats lost their entire loaf to a scheming monkey who was ‘invited’ to divide it judicially between them.

Islam as cement to bond the Muslims seems to have lost its cohesive nature as each “Muslim” nation is now more focused on reviving its own pre-Islamic heritage and interests to protect from ‘outsiders’. That is why Pakistan and other Muslim countries are overlooking the Uighur Muslims’ issue of China; or the fact that China has strictly regulated Islam and Muslims, even hinting at rewriting The Qur’an. That also explains why a monotheist Iran, engaged in multiple battles against many monotheist nations—Jewish, Muslim, and Christian—has chosen to bond with an atheist China, ignoring how the latter has been scouting to trap bankrupt nations across the world.

No wonder that in order to get even with America, Iran has embraced even the Dragon!

How the Persian meltdown could begin? Is Iran, like Pakistan, heading towards being colonized by China?

With this, an atheist China is entering the monotheist Middle East. Now, Iran could even be China’s launch-pad in Mecca and Medina!

It is bizarre how could Iran be so short-sighted? And at a time when India has virtually forced China to pull back troops from Ladakh!

In 2016, India and Iran had signed a trilateral agreement to construct a 628-km-long rail line from Chabahar port to Zahedan, along the border with Afghanistan.  But now Iran has decided to exclude India’s USD 400 million assistance and fund the project itself, thanks to its newfound debtor, China. As for India, its ‘exclusion’ might actually be good riddance what with the Taliban bracing to return to power in Kabul, in which case, anyway, New Delhi would have been forced to abandon it due to the expected Pakistan-China-Taliban machinations.

But Iran’s decision to replace India with China could be far-reaching for the entire Middle East. Tehran has given a much-needed foothold to Beijing to fish in the troubled waters of the Muslim heartland, replacing the America-led West. In other words, atheist China could emerge as the arbitrator in the monotheist Middle East!

A cash-strapped and sanctions-afflicted Iran’s virtual surrender to China may become the biggest game-changer in the region in the last 15 centuries. China reacted mildly when smaller countries like Malaysia, Indonesia, and Sri Lanka became aware of its debt-traps; but Beijing would push in harder with all its might to safeguard its interests in the crucial Middle East, via Iran.

In fact, Iran’s decision has come as a breather to Beijing which has antagonized most of the countries and can count on only three friends now: Pakistan, North Korea, and Iran! They are the New Axis.

In the coming weeks, Iran and China are expected to finalize a USD 400 billion 25-year ‘strategic partnership which will include Chinese involvement in Iran’s Chabahar duty-free zone, besides an oil refinery nearby, and a larger role in Chabahar port as well.

Also, according to media reports, this cooperation will extend from Chinese investments into Iranian infrastructure, manufacturing and upgrading energy and transport facilities, refurbishing ports, refineries, and other infrastructure and, of course, an uninterrupted flow of Iranian gas and oil to China. In other words, Iran, like Pakistan, has coalesced to be a Chinese colony.