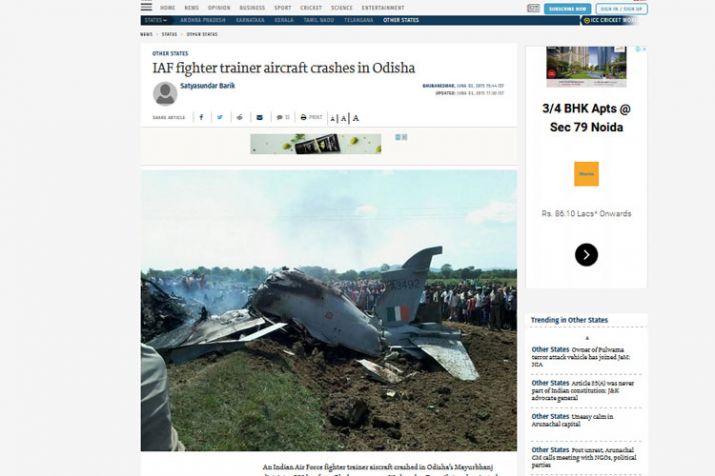 Pakistan’s newspaper The Dawn, one of Pakistan’s leading English language newspaper, on Wednesday, reported on its website that Pakistan Air Force (PAF) has shot down two Indian aircraft inside the Pakistani airspace.

“In response to PAF strikes this morning as released by MoFA, IAF crossed LOC. PAF shot down two Indian aircrafts inside Pakistani airspace. One of the aircraft fell inside AJ&K while other fell inside IOK. One Indian pilot arrested by troops on ground while two in the area”

Pakistan, however, has failed to provide any evidence of its claim so far. The picture of the crashed aircraft which was used in the Dawn story was that of an old image of an Indian training aircraft crash that happened at Odisha’s Mayurbhanj district in June, 2015.

Evidence of how Pakistan fakes using the old imagery: