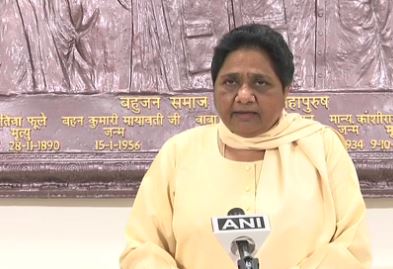 Mayawati takes a dig on BJP Government for using Masood Azhar for Polls!

Mayawati takes a dig on BJP Government for using Masood Azhar for Polls!

Bahujan Samaj Party (BSP) president Mayawati said today that the BJP government had once made Masood Azhar “a guest” and later freed him. “Now at the time of elections they are trying to gather votes in his name, it is condemnable,” said Mayawati.

Congress leader and UPA finance minister P Chidambaram sought to remind people that “After Masood Azhar masterminded the Mumbai terror attack in 2008, the process to name him as a global terrorist was started by a Congress/UPA government in 2009.” In a three-part series of tweets, he blamed the BJP for setting the terrorist free in the first place.