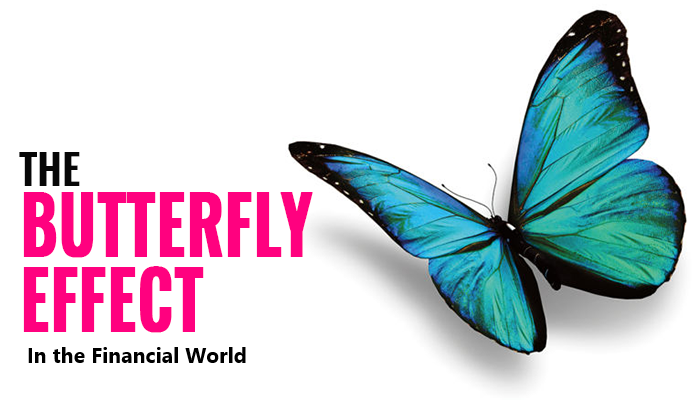 COVID-19 and Economy: How a ‘butterfly’ can turn the world upside down!

COVID-19 and Economy: How a ‘butterfly’ can turn the world upside down! 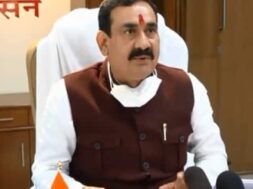 Surat: Everybody loves to predict, theorize and identify patterns in understanding even entirely random situations. But certain things cannot be theorized or estimated. This uncertainty has led to what is known as the “Chaos Theory” or the “Butterfly Effect”.

The main premise of this theory is that everything is unpredictable in life, and even a small event can lead to a big boom. This effect has been seen numerous times before in history, and is unfolding in the current scenario as well.

It was propounded by Professor Edward Lorenz, who studied how even small changes could have a drastic effect on the final result. In 1961, he studied how entering one initial value as little as 0.506, instead of 0.506127, in a weather model, led to a very different result.

This theory explains that a butterfly flapping its wings in one corner of the world could cause a hurricane in a completely different part of the world. This theory is not only applicable to natural disasters and weather conditions, but it can also be applied to financial markets and economic conditions. 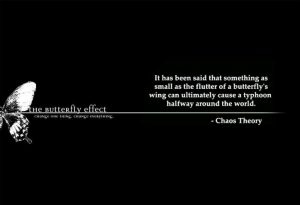 With globalisation and liberalisation, and the advent of technology, countries across the world are susceptible to what is happening around them. This connectivity and dependability would mean that a small bump in the markets of one country could cause drastic consequences in other parts of the world.

For instance, the fall of the Lehman Brothers in the United States in 2007-2008, led to the collapse of economies worldwide and caused The Great Recession.

In a cascading effect, the stock markets of many countries suffered majorly, unemployment rates rose to new highs, and the growth of some major developed economies became negative. It took the world around two years to recover from this recession.

One can see this pattern in the case of the current coronavirus pandemic. The virus that started in Wuhan, China, rapidly spread to other parts of the world and brought all the world economies to their knees. It is no more a healthcare crisis only, but has also turned into a financial and economic crisis.

This Butterfly Effect, however, does not always have to be a bad thing. Small things done carefully can lead to big positive impacts as well. Looking at it from a financial perspective, good saving habits and careful investing, practiced over the long run, can result in big gains in one’s portfolio.

Perhaps, small savings and investments can lead to a compounding effect. It is one of the principles of the famous investor, Warren Buffet. By saving this way, investors would be able to satisfy their different financial and primary goals and could maybe even fund their aspirational goals. 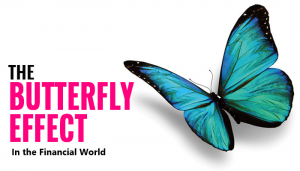 One major example of the Butterfly Effect in the field of finance was the happenings on October 19 1987, infamous as Black Monday. On this day, stock markets around the world crashed, beginning in Hong Kong and then quickly spreading to other parts of the world.

It had a severe impact on the U.S. stock market, and it is on this day that the Dow Jones Industrial Average (DJIA) lost around 22%. It was one of the largest percentages of falls ever for the U.S. stock market. There was no specific explainable cause for this crash, and many analysts believed it could be a result of fundamental mistakes in the trading software, which caused this crash.

Another instance that had a major impact on other economies, even the Indian stock market, is the 2015 volatility in the Chinese stock market. China’s stock market dropped by 8% in a single day, whose ripples were felt in other markets too. The S&P 500 and Nikkei both lost around 4% each. Similar to the Black Monday, experts could not specify a single reason for this downfall.

An example of the Butterfly Effect in India was the IL&FS crisis, caused by the non-performing assets (NPAs) decreasing in value and IL&FS facing a huge debt and liquidity crunch. This further resulted in a major liquidity crisis in India and resulted in other NBFCs defaulting. This had a cascading effect on the banking industry as a whole and other sectors like the automobile sector, the real estate sector, etc. 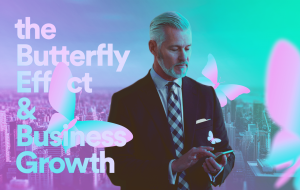 One can also see this in the case of Maruti Suzuki in India, which has been a market leader in the sector, and hugely profitable for investors who have held on to its shares for a long period of time.

The share price of this company has quadrupled from Rs. 1,500 at the start of 2010, to around Rs. 6,000. In all these years, the company had to stop its production once and even faced supply issues from its ancillaries. But it managed to remain strong. So, a small investment in the company during the initial years would have resulted in huge turnovers.

As and when share prices of these companies fall, their tremors are heard in other companies and sectors as well.

How to benefit due to the Butterfly Effect?

In the stock market, investors cannot predict and decide the right direction. The magnitude also cannot be predicted accurately. So, investors need to be careful and take certain precautions to safeguard themselves against any losses. One of the ways of doing is to diversify investment portfolios and resist putting all the eggs in a single basket.

One should invest in the sectors and securities in such a way that they are not co-dependent or correlated. So that if one sector performs badly, the other remains steady and we are hedged that way. Hence, we should take the advice of our financial advisors and perform due diligence in order to diversify our risks away.

The other way of saving ourselves from such uncertainties would be the need to control expenses and save some of it so that we can invest in times of uncertainties, investors can fall back on these savings. So, they should regulate and monitor their expenses and savings carefully and on a regular basis.