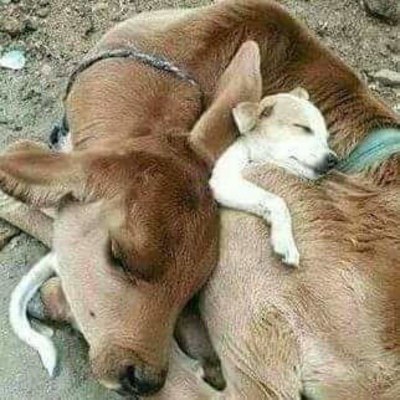 A step towards making India a better place for fauna kingdom!

A step towards making India a better place for fauna kingdom!

Since Indian constitution has treasured its fauna kingdom, Supreme Court way back had passed a judgment declaring animals shall have all the Constitutional Rights as humans. Dr. Neelam Bala, secretary of Animal Welfare Board of India under Ministry of Environment, Forest and Climate Change (MoEF&CC) has shared the compassionate move made by Animal Welfare Board of India (AWBI) this year.

Vasant Panchmi, the fifth day of spring season that marks the end of winter, is a very auspicious day in our calendar. The word Vasant instantly evokes the image of vast fields covered with green grass and crops with birds chirping all around. The season is perhaps the best for animals, hence Animal Welfare Board of India (AWBI) has decided to observe Jeev Jantu Kalyan Diwas on Vasant Panchmi day every year from now.

The idea behind this is to raise awareness level about animal sentience in the country and ensure that best animal welfare standards are adopted. While, animal farming is happening at industrial scale there is always a possibility of animal welfare getting compromised in piggeries, dairies and poultry farms. Besides, cases of cruelty against animals are reported in huge numbers.

The Hon’ble Supreme Court has recognized that animals have same basic rights as humans and endorsed the five freedoms for them. These include freedom from hunger, thirst and malnutrition; freedom from fear and distress; freedom from physical pain and discomfort; freedom from pain, injury and disease; and freedom to express normal patterns of behavior.

Being the statutory body under Prevention of Cruelty to Animals Act, 1960 the AWBI has been working with state governments and local bodies for guaranteeing the basic rights to animals but a lot distance needs to be covered for actual implementation of the Hon’ble Supreme Court’s directive.

Besides causing pain and suffering to animals, poor implementation of welfare measures has significant bearing on human health. A poorly managed dairy with inadequate facilities is bound to adversely affect the health of cows. This will certainly affect the quality of milk consumed by humans. It is, therefore, necessary that dairies in the urban and rural areas have proper provision for air, water and sunlight besides cleanliness. On many occasions these essential things are compromised to save on cost but in the long run it could have devastating consequences.

In recent years, the issue of homeless animals has emerged as a major problem. While in urban areas they eat food leftovers thrown in plastic bags and die painful death, in the rural areas they become victim of cruelty as farmers resort to extreme measures in order to protect their fields from stray animals. The UP government’s decision to build cow-shelters in every panchayat and districts is highly commendable and similar scheme in other states would go long way in securing basic rights for farm animals.

On its part, the Board has been conducting training programmes for capacity building. The Board has trained over 300 animal lovers and activists from across the country and appointed them as honorary animal welfare officers since 30th July 2018 to work directly with law enforcement agencies for effective implementation of animal welfare laws and rules. Further, it has taken up the issue of activation and

strengthening of State Animal Welfare Board and District SPCAs (Society for Prevention of Cruelty to Animals) with state governments.

Apart from farm and companion animals, the Board has laid equal emphasis on wild animals and worked with concerned agencies for prevention of cruelty against them and protection. It is worth noting that we share the Mother Earth with all the animals who play a very important role in maintaining the ecological balance.

As we celebrate Jeev Jantu Kalyan Diwas and become more concerned about animals India could certainly be the best place for animal welfare. With tolerance, compassion and kindness being the core of Indian culture, a small change could bring much bigger difference.