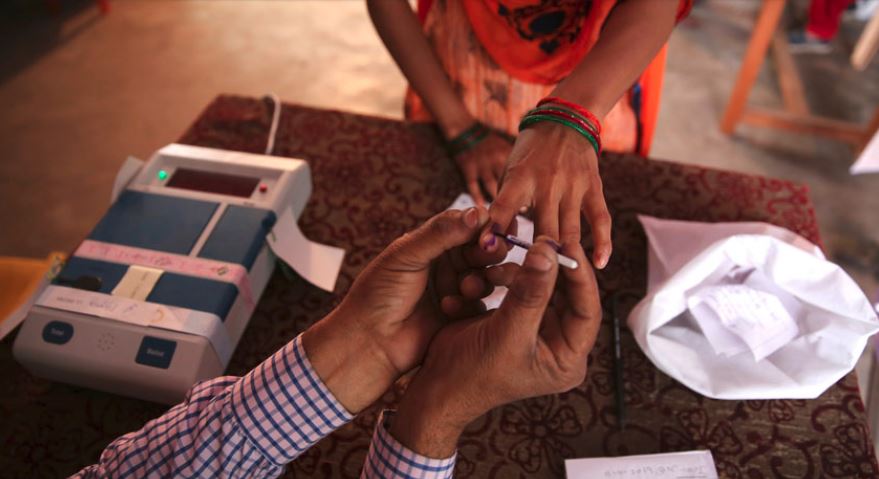 As per a report in a Bengal daily, Anandbazar Patrika, the TMC had found a novel method of voter intimidation.  The report claimed that the local TMC leaders had sprayed ittar (perfume) on the EVM button for the party. It quoted, “if you vote for TMC, the smell stays on your finger.”

The battle between the BJP’s ‘kamal’ (lotus) and the TMC’s ghas phool (grass flowers) in Bengal’s electoral battle has entered a different sensory realm. With perfume on TMC’s EVM button, the party’s workers were standing at a ‘safe’ distance to ensure that votes were polled in their direction, said reports.

It alleged that after the voters casted their votes, their fingers were scrutinized by TMC workers who were standing at about 200 meters from the booth. The reports said that several complaints were registered by those whose “fingers didn’t smell of perfume.”

Earlier, on her visit to Birbhum, Trinamool Congress supremo Mamata Banerjee had asked her party’s district president Anubrata Mandal to be careful and, perhaps most importantly, “fight like a tiger”. The Election Commission, meanwhile, has kept the TMC leader under strict surveillance while the Lok Sabha seat goes to polls on Monday.

Mandal is the president of Birbhum’s TMC unit and has been involved in a number of controversies. With him under lock and key and with no access to mobile phones, Birbhum saw clashes between the TMC and BJP supporters in Nanoor turning violent with nine people being injured. Birbhum’s BJP candidate Doodh Kumar Mondal is also reportedly under the EC scanner after he was seen using a mobile phone inside a booth.