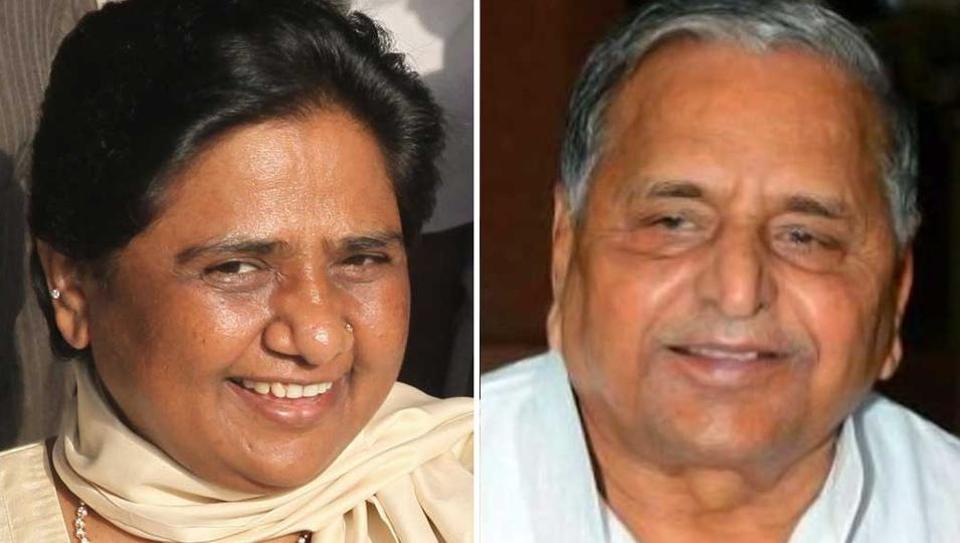 After decades of long rivalry, SP founder Mulayam Singh Yadav and BSP chief Mayawati are scheduled to share the dais at a joint rally of the SP-BSP-RLD alliance in the Samajwadi Party citadel of Mainpuri on Friday.

Preparations are underway for the rally at Christian Field to send out a message to our political opponents that the alliance against the BJP in Uttar Pradesh shares a strong bond, an SP party leader said.

Though there are reports that Mulayam Singh Yadav is adamant on not taking part in the joint rally of the SP-BSP-RLD alliance in Mainpuri, SP spokesman Rajendra Chaudhary said that Netaji would address the rally as he was himself an alliance candidate from Mainpuri constituency.

Though there are reports that Mulayam Singh Yadav is adamant on not taking part in the joint rally of the SP-BSP-RLD alliance in Mainpuri, SP spokesman Rajendra Chaudhary said that Netaji would address the rally as he was himself an alliance candidate from Mainpuri constituency.

Chaudhary said that the SP founder may have opposed the alliance with BSP but he could succumb to the pressure of his son and SP president Akhilesh Yadav.“History will be created on Friday as it will send out a message of opposition unity against Prime Minister Narendra Modi in the country,” Chaudhary said.

Mayawati along with Akhilesh Yadav and Rashtriya Lok Dal president Ajit Singh will address a joint rally at Christian College ground s in Mainpuri around 1 pm on Friday.

However, reports from Mainpuri suggest confusion about Mulayam’s participation in the rally. Recently, SP state chief Naresh Uttam had appealed to the people to join the rally in large numbers. His letter said that the rally would be addressed by Mayawati, Akhilesh Yadav and Ajit Singh. The name of Mulayam Singh Yadav was, however, missing in the letter.

Earlier, the SP patriarch had refused to address a public meeting after filing his nomination papers and has not campaigned in his constituency even for a day. Polling in Mainpuri constituency will be held in the third phase on April 23 and campaigning for the seat will end on April 21.

Mayawati sharing stage with Mulayam Singh Yadav could be seen as a game changer in converting the caste arithmetic into votes and enthusing party workers to work collectively.

In 1993, the SP-BSP had forged an alliance to stop Bharatiya Janata Party’s growing influence after the Ram temple movement gained momentum. The then SP chief Mulayam Singh Yadav and BSP founder Kanshi Ram had joined hands and were able to outflank the BJP.

However, the alliance did not last long and ended in 1995 after the infamous Meera Bai Marg Guest House incident in which SP workers attacked and tried to abduct Mayawati.

This triggered an intense rivalry between Mayawati and Mulayam Singh Yadav which has continued for more than two decades.

However, in the run-up to the 2019 polls, Akhilesh, Mayawati and Ajit Singh forged an alliance and the trio launched their joint poll campaign by addressing a rally in Deoband in west UP on April 7.

After Deoband, back to back joint rallies were planned for Akhilesh and Mayawati in Meerut, Bijnor, Bulandshahr, Budaun, Aligarh, Agra, Amroha, Mainpuri and other important constituencies.

However, due to the Election Commission’s 48-hour  ban on canvassing by Mayawati, the BSP chief could not attend the alliance joint rally in Agra on Tuesday.