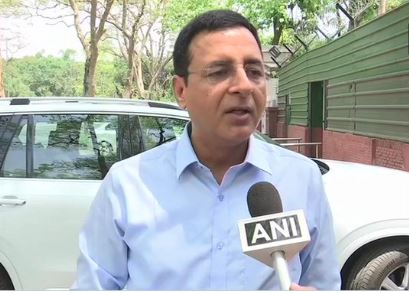 In the first reaction from Congress over Rahul Gandhi’s citizenship row, party leader Karti Chidambaram accused the BJP of “misusing every institution” for political gains. The Congress has alleged that the MHA notice against Gandhi was a part of BJP’s political vendetta. In his tweet, Chidambaram wrote: “Will the MHA take every crackpot vexatious complaint and issue notice? Bizarre to say the least. Misuse of every institution to harass the opposition.“

Earlier this month, the returning officer in Amethi had postponed the scrutiny of his nomination papers after Dhruv Lal, an independent candidate, had raised objections against the details provided by Gandhi in his nomination papers. Previously, in a press conference on this issue, BJP’s GVL Narasimha Rao had said, I think it’s a matter of great surprise that the objections that have been raised regarding Rahul Gandhi’s citizenship haven’t been answered. Rahul Gandhi’s name has been shown to be listed as a British citizen in documents related to a company in the UK. Was Rahul Gandhi a British citizen?”