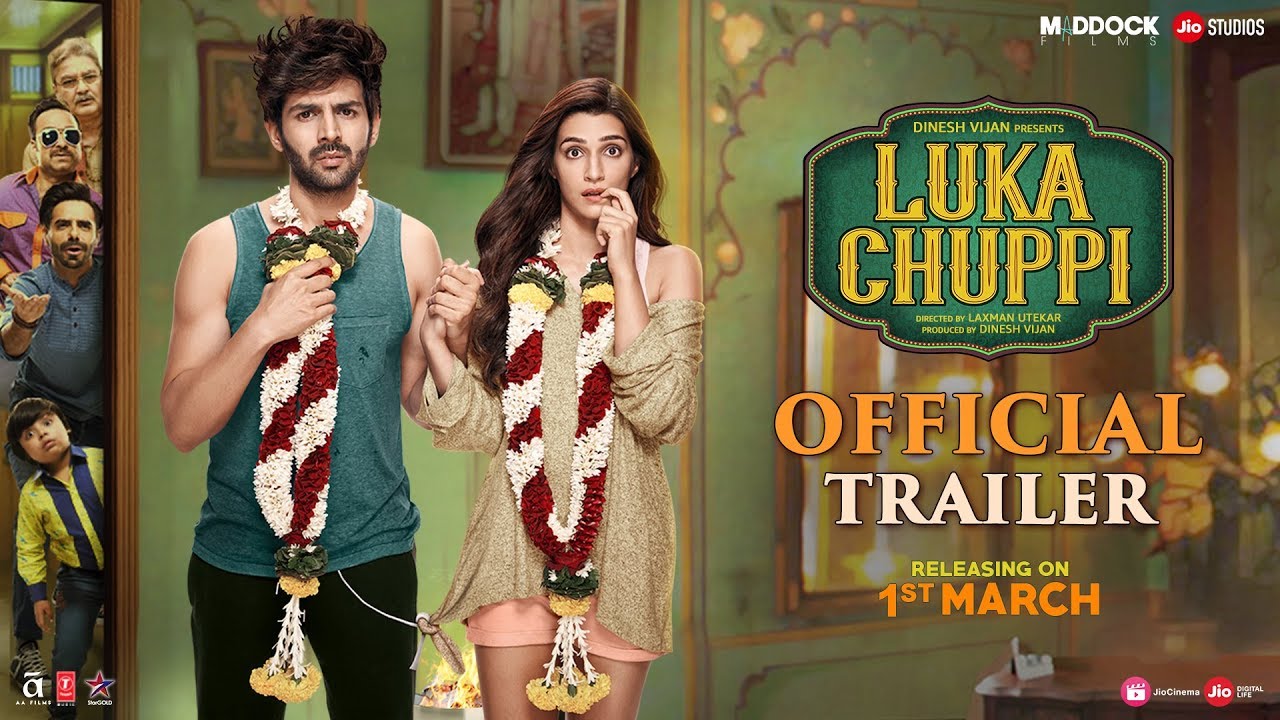 Luka Chupi, the fastest film I have shot! – Kriti Sanon

Luka Chupi, the fastest film I have shot! – Kriti Sanon

It seems that Bollywood has kept up the spirit to create more substantial family fun films! After the brainy doze from films like Thackeray, Accidental Prime Minister, Manikarnika and Gully Boy, it’s a relief to settle down for a rom-com like Luka Chupi with all of your “family paltan” together.

Luka Chupi trailer dropped on Thursday and there are tweets flooded praising the light-hearted rom -com with a tint of trendy punches. There are several memes trolled as well and since then fan following of star cast in the film are seen active on social media sites everywhere.

Kartik Aryan and Kriti Sanon are starring as Guddu and Rashmi in Luka Chupi of a chaotic relationship that they share to keep up their lies from the family. In the trailer, Rashmi’s character is portrait of a bold though confused young middle class girl, who opts to go for live in instead of tying a knot with Guddu. However the bumpy ride of the trailer gives us the idea of a typical Indian family setup that has a say on their children in every coming aspect of their life.

Kriti Sanon was live on Instagram on Thursday talking to her fans about the Luka Chupi trailer launch and says, “Luka – Chupi is a film very close to my heart and it is also one of the fastest film I have shot. I have shot Luka Chupi in as less as in 45 days.”

Kartik Aryan, the actor who starred in majority rom – com hits like Pyar ka Punchnama and Sonu ke Titu ki Sweety says that he wishes to get into thriller genres now. “I feel comedy is the most difficult thing to do. I feel happy when people enjoy my work. I like thrillers and the anti-hero zone. I love watching them. I would like to do something in this, other than comedy. “I enjoyed Andhadhun. I am offered a lot of comedy films. I want to do serious films now,” Kartik told reporters.

Luka – Chupi is awaited for an hilarious outburst and to drive viewers on a topsy turvy ride.