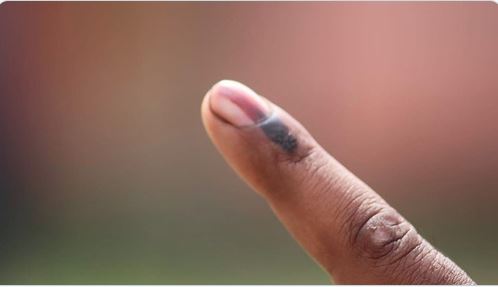 Voting began at 7 am for 72 seats across nine states in the fourth phase of 2019 general elections today. With this phase, polling ends in Maharashtra and Odisha, while the process starts in Rajasthan, Madhya Pradesh and Jharkhand. Twenty-six seats in Bihar, Uttar Pradesh and West Bengal are also voting in this phase. These three states have seats going to polls in each of the seven phases in the 2019 elections.

As in earlier phases, this time too Prime Minister Narendra Modi tweeted urging voters to ‘break record of previous three phases’. Home minister Rajnath Singh also appealed to the voters saying: ‘Your vote will help shaping of a New India’.

Long queues were seen outside booths in Jharkhand, Rajasthan and Uttar Pradesh with complaints of malfunctioning EVMs reported from several booths in Rajasthan.

People of MP will vote for BJP to teach Congress a lesson: Shivraj Chouhan

18.39% voter turnout recorded till 11 am in Maharashtra

18.39% voter turnout recorded on 17 parliamentary constituencies in the fourth phase of Lok Sabha elections, till 11 am.

The last 17 of Maharashtra’s 48 Lok Sabha seats are voting on Monday, with political heavyweights, their family members, and Marathi and Hindi film actors in the fray.

An estimated 21.15 per cent voters exercised their franchise till 11 am in 13 constituencies of Uttar Pradesh in the fourth phase of Lok Sabha elections Monday, reported news agency PTI.

Polling in this phase is especially important for the ruling BJP as it is aiming for a clean sweep by winning all 13 seats, including Kannauj which was the only seat the Samajwadi Party had managed to win in 2014.

Voting for the fourth and final phase of polling for 6 Lok Sabha and 41 Assembly constituencies in Odisha began this morning amid reports of technical glitches in Electronic Voting Machines and Voter Verified Paper Audit Trail (VVPATs) machines leading to severe disruption.

Officials in Chief Electoral Officer said 17% of the voters had cast their votes by 11 am.

Over 29 per cent voting was recorded in the first four hours of polling in 13 Lok Sabha constituencies in Rajasthan which began at 7 am on Monday.

The Barmar parliamentary constituency recorded the maximum voter turn out of 33.53 per cent, while the overall voting percentage at 11 am was 29.40 per cent, according to the office of the chief electoral officer.

Congress MP Sushmita Dev has filed a petition before the Supreme Court, seeking urgent and necessary directions to the Election Commission to take a decision on the complaints filed against PM Modi and BJP President Amit Shah over alleged violations of electoral laws.