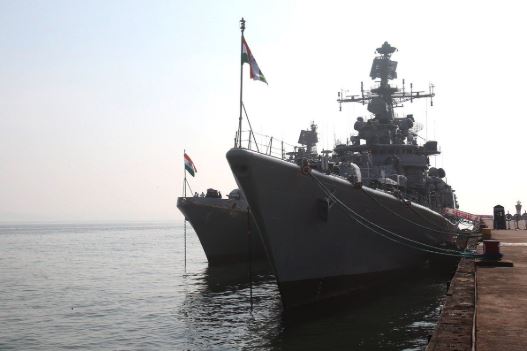 New Delhi-Navies of India and France Wednesday began the first phase of a ‘Mega Naval Exercise’ off the coast of Goa which is aimed at developing inter-operability between the two forces in dealing with various security challenges.

Nuclear and conventional submarines along with French Rafale and Indian MiG-29K fighters also taking part in ‘Exercise Varuna’ in the Arabian Sea off Goa coast.

The first part of the joint naval exercise, ‘Varuna’, is being held from May 1-10 off the Goa coast, while the second phase is scheduled for later this month in strategically located Djibouti, Navy officials said.

The harbour phase at Goa would include professional interactions and discussions while the sea phase would comprise various drills across the spectrum of maritime operations, Indian Navy spokesperson Capt D K Sharma said.

The bilateral naval exercise was initiated in 1983 and it was christened as ‘Varuna’.