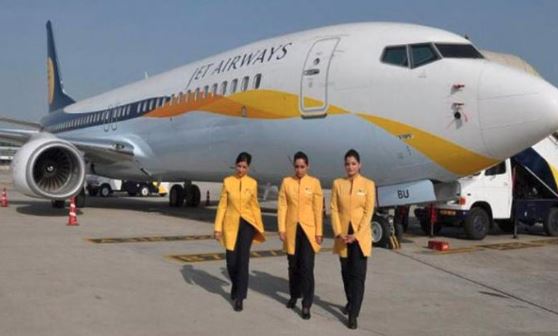 Jet Airways halted all its domestic and international operations from April 17 since it has been caught into debt of Rs. 8500 – crore. But the grounding of Jet Airways has come as a boon to other airlines. Suspension of flights has not only freed up slots at the completely choked Mumbai but also delivered opportunities for its rival airlines to take on Jet’s slots on lease.


A quick wrap of developments on fall of biggest private airline:

Jet Airways, founded by Naresh Goyal in 1992, has a debt of over Rs 8,500 crore. With most of its fleet grounded by lessors on account of unpaid dues, the company has been struggling to stay afloat for nearly a year now. On April 17, it finally gave in to the financial stress and halted all operations.

SpiceJet has taken on lease a large number of Boeing 737s that lessons repossessed from Jet to tide over the shortage caused by the grounding of its B737s and 5 Q400s. The total number of planes to be inducted in the immediate future now stands at 27.

Lenders hope for the success of Jet’s stake sale process that has attracted four eligible bidders —TPG Capital, Indigo Partners, Etihad Airways and the National Investment and Infrastructure Fund (NIIF). Shortlisted bidders will have to offer bids by May 10.

Jet Airways is even facing the possibility of being taken to the National Company Law Tribunal (NCLT) for the bankruptcy process if none of the bids turns out to be feasible.

Pilots of Jet Airways were not paid salaries from January onwards. Engineers and senior management were also not paid for three months. The ground handling and cabin crew did not get their March salary: Jet Airways’ Officers & Staff Association.

Jet Airways’ Officers & Staff Association, in a press conference, questioned why the airline has not paid salaries before suspending operations. According to him, this “crisis is a corporate war” and the “government needs to think about the repercussion of the crisis” at the carrier. Around 22,000 other staff and workers related to the vendors, such as caterers, hotels, logistics companies of Jet Airways, are also impacted.

Ever since the shutdown of Jet Airways became inevitable, rival companies have started approaching the senior employees to hand them job offers. Jet Airways had about 1,400 pilots. Of them, 350-400 have already left and joined rival companies.

Farewell bid to Jet by its employees

At airports, goodbyes are exchanged at departure terminals, and welcomes are reserved for arrivals. After a Jetlite flight from Amritsar landed, about two dozen Jet Airways employees and contract workers bade goodbye to the twenty-five year old airline, not knowing whether they will ever meet again.