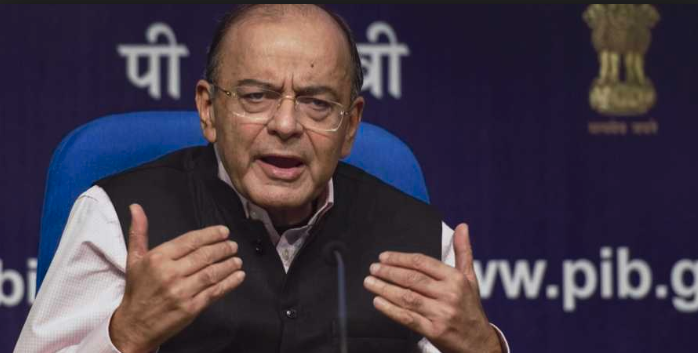 Union Minister Arun jaitley held a Press Conference at New Delhi and slammed the Congress Manifesto upheld on Tuesday pertaining to the April – May elections of 2019.

The Union Minister Arun Jaitley in the Press Conference alleging the manifesto said “it is dangerous and un-implementable, and an agenda for balkanisation of India. The Congress promises will protect Maoists and jihadists, and allow terrorists and friends to prosecute the forces, said the minister at a press conference this evening.”

“In this manifesto, there are such agendas that do the work of breaking up the nation,” Mr Jaitley said. “Being involved in terror will no longer be a crime. The party which says this does not deserve a single vote”.

Suitable changes will be made in the text of the laws to balance the requirements of security and the protection of human rights,” the party said in the manifesto.

Accusing the Congress of going soft on terror, Mr Jaitley said “Rajiv Gandhi got TADA (an anti-terror law that was considered draconian), Narasimha Rao took it back. Manmohan Singh took back POTA.”

If all the Congress plans are implemented, there will be “rule of insurgents and terrorists, if the Congress tries to establish this, it will not be acceptable,” Mr Jaitley said.