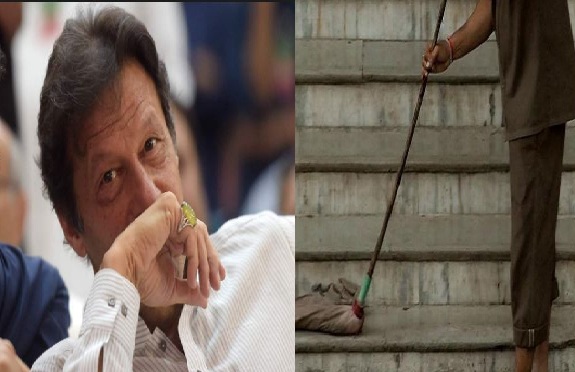 Christian should be appointed as a sweeper instead of Muslims: Swabi Councillor

Christian should be appointed as a sweeper instead of Muslims: Swabi Councillor

The district council of Swabi in khyber Pakhtunkhwa wants to hire Christian as a sweeper in district hospitals and Muslim should be hired as peon or guard.

The district council member has taken a resolution for this issue and demanding for the transfer of those Muslims who are working as sweeper in the hospitals.

The resoultion has been presented by Pakistan Tehreek-e-Insaf’s Akhmal Khan. it was supported by the council members including Saeed Inayat Ali, Ajwan Khan Jadood, Jahanzaib Khan, Hasmatullah, Maulana Mohammad Shahabuddin, Amir Nawab, Shafqat Rani . None of them raised voice against the resolution.

The members of council also claimed that the idea was in accordance with court orders. However, the didn’t remember the date and also do not have any document from which they can proof that when did the court have given such order and in what circumstances.

Last year, the Peshawar High Court passed a verdict in which it was said that Muslims who are working as sweepers in the Bacha Khan medical Complex need to be transferred to other post. Strangely, Akmal Khan told SAMAA Digital that the idea behind the resolution doesn’t favor the discrimination against the Christian.

To contradict the statement of Akmal Khan, Human right lawyer Advocate Mary James Gill told SAMAA Digital that the resolution violates the Article 27 of the Constitution. She strongly counters and said that it doesn’t go against Quaid-i-Azam’s vision for the country only but it also raised question against the basic principle of Islam.