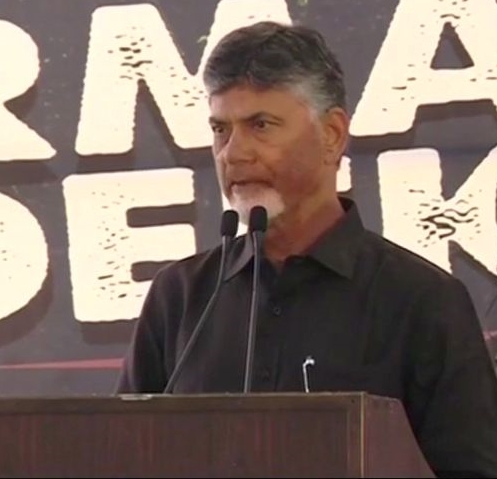 On behalf of five crores people, I am warning this government. I came here to remind you of the promises made in the AP Reorganization Act. If you don’t know how to fulfill our demands, we know how to get them fulfill. This is about self-respect of people of Andhra Pradesh. Whenever there is an attack on our self –respect, we won’t tolerate it. I am warning this government and particularly the PM to stop attacking an individual,”

A similar fast was taken last year by Mr. Naidu on his birthday for centre’s non –cooperation towards state. A TDP delegation led by Naidu will submit a memorandum to President Ram Nath Kovind on Tuesday, party sources said.

Naidu has been trying to unite the opposition parties to take on BJP in the general elections. Over last three months, he has held a number of meetings with the opposition party leaders on forming an anti – BJP front. Congress President Rahul Gandhi, National Conference president Farooq Abdullah also reached Andhara Bhawan to extend their support to the Telugu Desam Party chief. Mamata Bannerji and Aap chief Arvind Kejriwal is also expected to reach for support.

Prime Minister Narendra Modi, however, had claimed on Sunday that he had gone far beyond offering the special status to Andhra Pradesh.

“As Chandrababu Naidu couldn’t develop the state nor give accounts for his expenditure, he is cooking up lies,” he said.