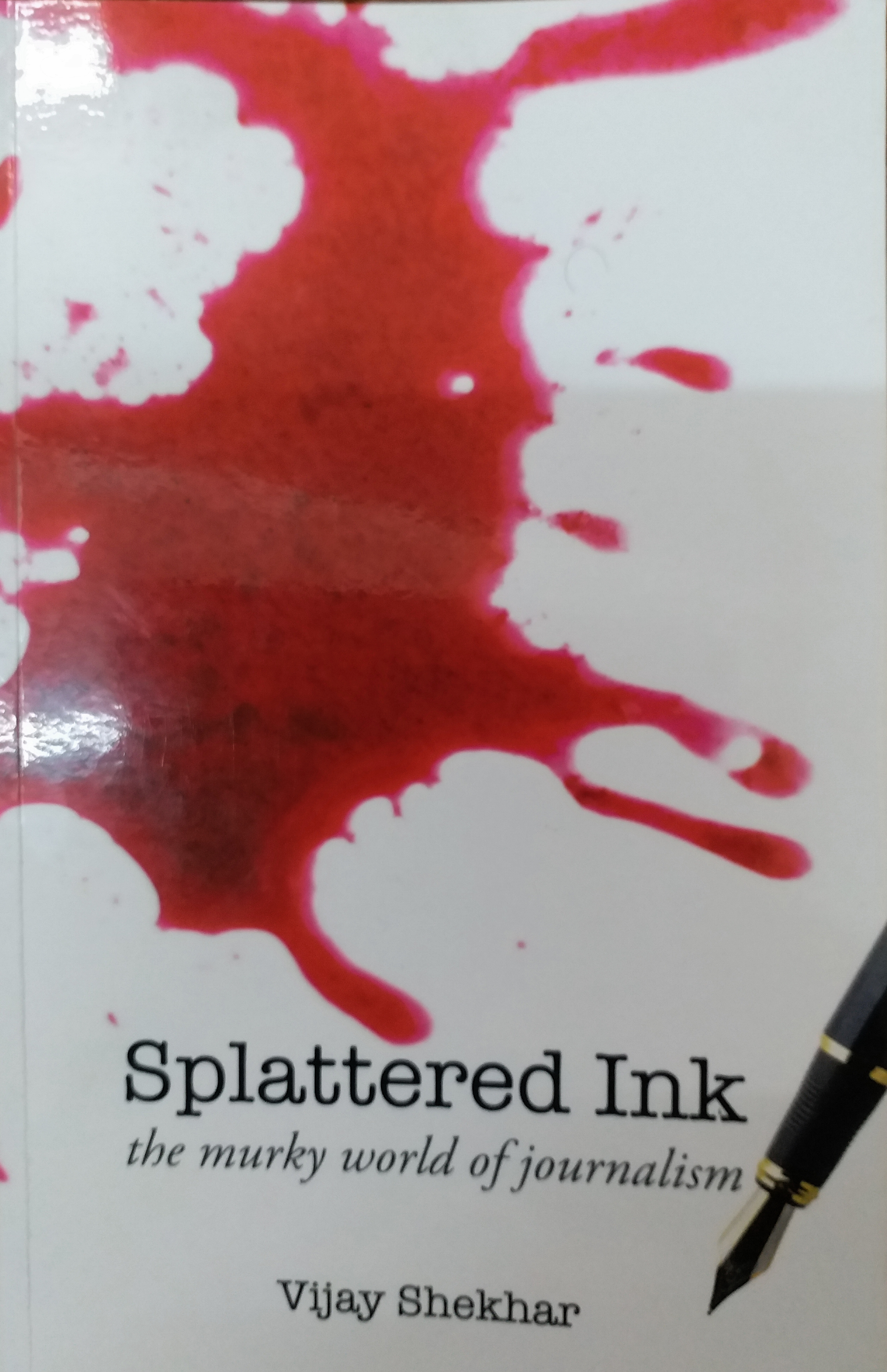 They say that journalism is a literature in making but when a senior journalist creates literature out of day to day journalism it sounds interesting, isn’t it? Senior journalist Vijay Shekhar has come up with his crime fiction “Splattered Ink, the murky world of journalism” Though it is his first fiction endeavor, he has created ripples in fiction writers Pond.’

The book opens the Pandora’s box of journalism field especially of Mumbai, the business capital of India. It has all of Masalas of violence and corruption. It also deals with moral dilemma of a journalist who faces it on a daily basis while doing his job. It’s a sort of roller costar ride through murky underworld, corrupt politics and politicians, fake encounters and brutality of dons.

It is a story Raj Nair, an ordinary person with extra ordinary dreams. He tries to remain honest to his profession exposing the dark underbelly of underworld with his Pen and with that he invites his death warrant.

Though the story is a fictional tale of the trials and tribulations of a journalist in today’s world, it is inspired by many real life events. Have a look at following excerpts taken from the book and you will get the Idea.

‘How about the biggest batting sensation Prahlad Patil’

No one would have blamed Raj if he jumped up on the table at that point. Prahlad was the biggest thing to happen to Indian Cricket. He was god’s gift to Cricket. He had a squeaky-clean image and was not like the other players in team. He didn’t drink, didn’t smoke, attended no late night parties nor was he a womanizer. Though this whole thing was hard to believe, the man in front of him seemed dead serious about his claim. (A fallen Icon, pg. 95)

The author Vijay Shekhar is a Mumbai based journalist with more than two decades of experience. He started his career as a Journalist at a Leading film magazine Cine Blitz and later on became head of Mumbai Bureau of zee news and zee business. He then moved on to become the editor-in-chief of leading national news channel Live India. In his remarkable career he has covered Crime Politics and Films Extensively. He hit headlines internationally with his story “Warrant for sale” where he Procured arrest warrant against the then President of India Dr. APJ Abdul Kalam to prove corruptions in Judiciary.

The Book is Written by a Fields Journo who has spent years of his life after news gathering from people in flesh and blood. He has seen greedy politicians, simpleton mumbaikars, pakka policewalas and rival journos. He has inked everything skillfully and successfully in this fast pace crime fiction. A must read book for crime fiction lovers and aspiring journo, all the best Vijay Shekhar.