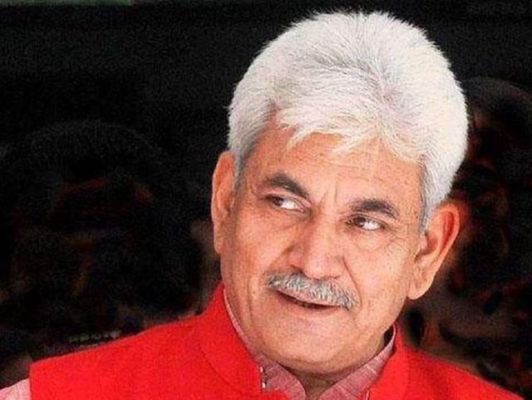 New lieutenant Governor of J&K: Who is Manoj Sinha?

New lieutenant Governor of J&K: Who is Manoj Sinha?

New Delhi: With Girish Chandra Murmu suddenly announcing his retirement from the post of lieutenant governor (L-G) on Wednesday night, senior BJP leader and former Union Minister Manoj Sinha has been chosen as his replacement by the Narendra Modi government.

On the first anniversary of abrogation of Article 370 and 35-A, after the special status of Jammu and Kashmir (J&K) was revoked and the state converted into two union territories (UTs), in a significant move the top administrator of the UT of J&K has been changed.

Meanwhile, a press release from the office of President Ram Nath Kovind said: “The President has been pleased to appoint Shri Manoj Sinha, to be the Lieutenant Governor of Jammu and Kashmir with effect from the date he assumes charge of his office vice Shri Girish Chandra Murmu.”

Murmu had assumed charge of the sensitive Jammu and Kashmir post in October 2019 and remained L-G for nine months till the sudden decision to replace him on Wednesday night. Media reports indicate that Murmu is in the running to take over as the Comptroller Auditor General of India, a post that will get vacant this week.

Who is Manoj Sinha?
An alumnus of IIT-BHU, Manoj Sinha, 61, is a former union minister and three-time MP representing Uttar Pradesh’s Ghazipur constituency. He was believed to be in the running for the post of chief minister in Uttar Pradesh after the BJP scored a stunning victory in the 2017 Assembly elections, but the state’s top job finally went to Yogi Adityanath.

Sinha joined the Akhil Bharatiya Vidharthi Parishad, the student wing of the BJP, in the 1970s.
Known as the “Vikas Purush” of Ghazipur, he successfully contested his first Lok Sabha polls from Ghazipur constituency in 1998. After Modi became PM in 2014, Sinha was made union minister.

From the point of view of the NDA government, Sinha brings in something critical which Murmu, a bureaucrat, probably lacked – greater political insight and the political ability to connect with people. Being in touch with the pulse of the people is the need of the hour in the troubled valley.

The security establishment is working optimally in the UT, the civilian part of the equation is what the government is keen on setting right, a year after the momentous decision to scrap Article 370.
Sinha, has done his B.Tech and M.Tech in civil engineering from BHU. His latest assignment in one of India’s most sensitive areas will test all his political and administrative skills.