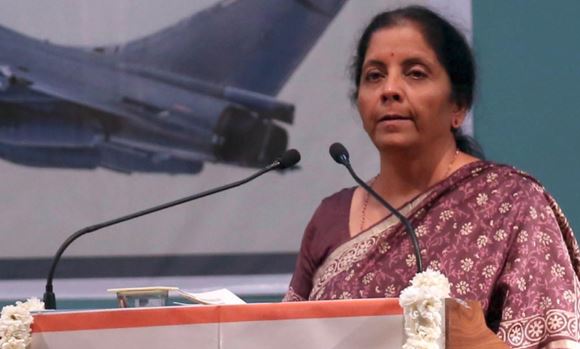 New Delhi: Defence Minister Nirmala Sitharaman believes that Pakistan’s Prime Minister’s statement could be a ploy by Congress as he said that there may be a better chance of India-Pak peace talks and settling of the Kashmir issue if the BJP is voted back to power. She further said that this is just a strategy to oust Narendra Modi for a second term.

Sitharaman, in an interview with news agency ANI, said: “I wouldn’t know why such statements are being made. Every time such statements are made and this is individually my perception and not my party’s or the government’s take. There have been many eminent leaders of the Congress who went there (Pakistan) to seek help to oust Prime Minister Narendra Modi. They went there saying ‘Modi hatane ke liye hamen madad karo’ (help us to oust Modi). I wonder whether this is also a part of the scheme of things which have been put by Congress. I don’t know what to make of this honestly.”

Khan, while speaking to some journalists, had said there may be a better chance of peace talks with India if the Bharatiya Janata Party (BJP) wins the general election. Khan said if the next Indian government were led by the opposition Congress party, it might be too scared to seek a settlement with Pakistan over Kashmir. “Perhaps if the BJP — a right-wing party — wins, some kind of settlement in Kashmir could be reached,” he added.


Khan’s remarks drew sharp reactions from opposition parties in Pakistan as well as in India, with the Congress saying a vote for Modi is a vote for Pakistan. “Pakistan has officially allied with Modi,” party spokesperson Randeep Surjewala tweeted.