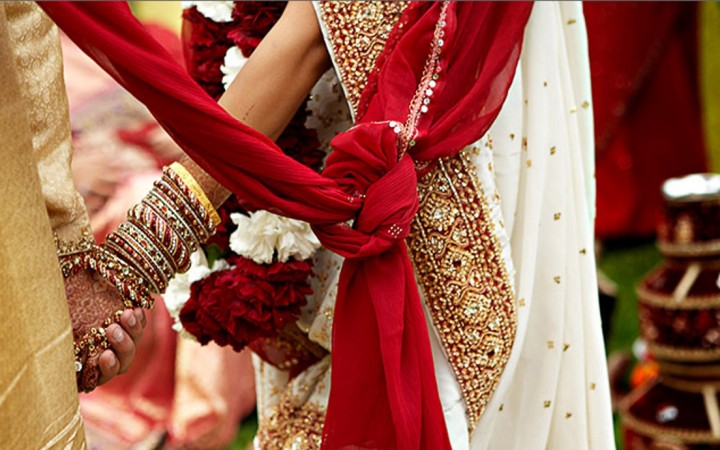 Breaking the norm of gaudy marriages, an IAS to spend only 18,000 on son’s marriage!

Breaking the norm of gaudy marriages, an IAS to spend only 18,000 on son’s marriage!

Amidst the fleeting velocity of time, India has witnessed many fancy and loud marriages that has always been the talk of town. Setting a unique example of culture, it is an unanticipated move by an IAS officer in Vishakhapatnam of Andhra Pradesh to make his son tie a knot merely with an overall expenditure of 18000 on auspicious occasion.

The wedding will be a community affair with all the 200 families living in the Dayalnagar Colony are participating. Since eight days prior to the wedding, they have been providing flowers and vegetables grown there and would be paid for it. The sweets and snacks for the guests at the ‘Satsang’ and ‘Sagai’ cost up to ₹8 per head and the cost of wedding and reception meals costs ₹20 each.

Indian culture has considered marriage as a “Sanskar ( ordination)” than an occasion. Today, our social fabric has been structured to showcase marriages as a yardstick to measure the socio-economic status of the family. People are competent about the expenditure of this ordination. Families in debt take loans to perform loud marriages to establish themselves amongst the high profiled benchmark. There needs an awareness of expenditure out of compulsion for a ceremony ( sanskar) or out of choice!