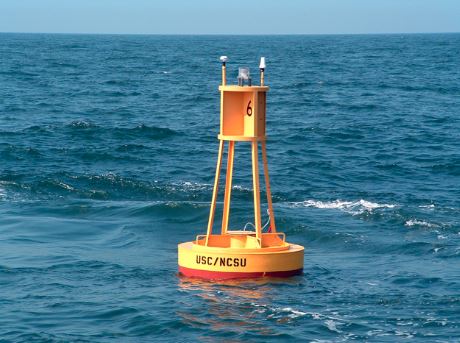 Buoys in the sea were witnessed days before the cyclone fani made a fall. The tiny yellow buoys on the sea sensed the storm was brewing. Nearly around 12 buoys were deployed along the eastern coast and in the deep sea. This helped to stand tall during the fani’s onslaught and saved hundreds of lives not only within the sea but also territorially.

These buoys assisted meteorologists in tracking movement of the cyclone in the real time and estimate its path. More than 1.2million people were evacuated in Odisha before the extremely severe cyclonic storm made landfall as buoys along the coast recorded winds gusting at 190kmph and waves reaching a height of 6.3m. These floating devices also played a key role in forecasting cyclone’s shift in course.

Hyderabad based Indian National Centre for the Ocean Information Services( INCOIS) had deployed seven buoys along the coast and rest five were kept far into the sea by National Institute of Ocean Technology.

Data from such buoys were received in every 30 minutes and was disseminated after processing to various departments including IMD, Coast Guard, Navy, fishermen associations, NDRF, tourism boards and coastal state governments. Balakrishnan Nair T M, head of Ocean Science and Information Services Group, INCOIS, said during landfall, the waves rose to a height of about 6.3m along Odisha coast as winds gusted at 190kmph near Puri. “Our buoys near Vishakapatnam, Gopalpur and Digha withstood the storm and kept sending data continuously,” he said.