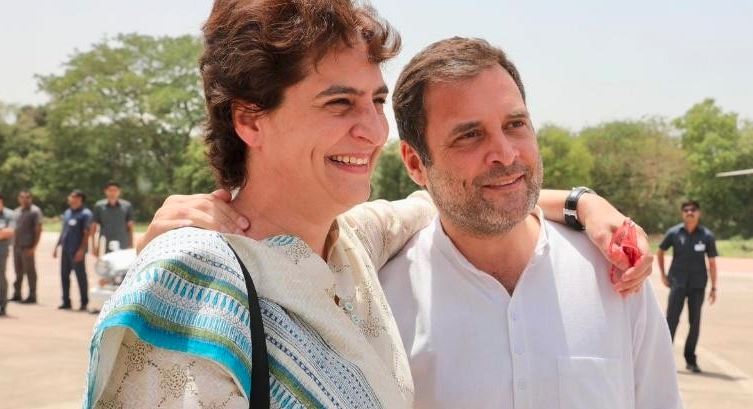 “Rahul was born in India, everyone saw that”: Priyanka Gandhi on Rahul’s Citizenship

“Rahul was born in India, everyone saw that”: Priyanka Gandhi on Rahul’s Citizenship

Priyanka Gandhi on Tuesday slammed government notice to Congress president Rahul Gandhi over citizenship row and said that her brother is “Indian”. She termed it as ridiculous.

The Union home ministry issued a notice to Congress president over his citizenship after receiving a complaint from Rajya Sabha MP Subramanian Swamy. The ministry has asked Rahul Gandhi to respond to the complaint within a fortnight.

Modi and BJP are frustrated!

Congress leader and communications in charge Randeep Singh Surjewala said: ” PM Modi is sinking..both Modi and BJP are frustrated and they are repeating same allegations.”

Issuing clarification over Congress chief Rahul Gandhi’s citizenship row, he said, “The government kept quiet for 5 years. In 2015, we had responded and told the claim is false. The original certificate of incorporation mentions Rahul Gandhi as Indian citizen.”