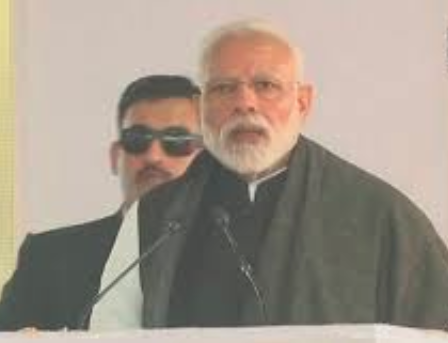 In an extremely stern voice, a hard hitting speech of Indian Prime Minister has been remarked where in PM has warned Pakistan that it cannot weaken India by scoring high on terrorism, the attack on CRPF Jawans in Pulwama will not be taken lightly and those who responsible will pay  “ a heavy price.” The security forces will be given a free hand to deal with terrorists.

“The blood of people is boiling and forces behind the act of terrorism will definitely be punished.”

While flagging off the new Vande Bharat Express, India’s fastest train from Delhi to Varanasi, at the function PM stated,

“Our neighboring country who is been isolated internationally thinks that such terror attacks can destabilize us, but  their plans will not materialize.”