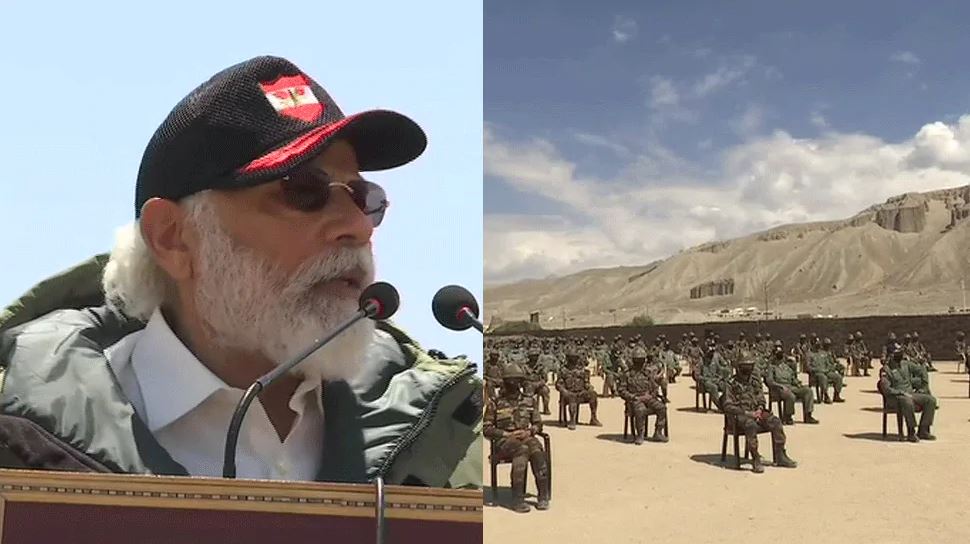 Modi in Ladakh: “The age of expansionism is over!”

Modi in Ladakh: “The age of expansionism is over!”

New Delhi: Amid the border row with China, Prime Minister Narendra Modi on Friday paid a surprise visit to Ladakh and delivered a powerful message to Beijing: “The age of expansionism is over”.

“The age of expansionism is over. This is the age of development. History is witness that expansionist forces have either perished or were forced to turn back,” he told the Indian troops deployed along the Line of Actual Control (LAC) in Ladakh.

Defence Minister Rajnath Singh, who was originally scheduled to visit Ladakh on Friday, postponed it on Thursday evening.

“The bravery that you and your compatriots have shown is a clear message to the world about India’s strength. Your courage is higher than the heights where you are deployed today. Your arms are as strong as the mountains that surround you. Your confidence, determination and belief is as immovable and the peaks here,” Modi said in a motivational speech, boosting the morale of the soldiers.

Modi also condoled the deaths of 20 brave jawans, martyred in the violent face-off on June 15. He described the Indian Army soldiers as “the bravest of the soil”. Saluting them, he said “The bravery of 14 Corps will be talked about everywhere. Tales of your bravery and valour are echoing in every house in the country.”

“Those who are weak, can never usher in world peace”.

Citing an example, he said, “We pray to the flute- playing Lord Krishna. But we are also the same people who idolise and follow the same Lord Krishna who carries the ‘Sudarshana Chakra’ ”.

“The conditions in which you all deliver your best are among the toughest in the world, and you have proven time and again that the Indian armed forces are mightier and better-prepared than everyone else in the world.”

“Bharat Mata’s enemies have seen your fire and fury,” he remarked, referring to the 14 Corps’ nickname ‘Fire and Fury’.

He also hailed women soldiers: “I am looking at women soldiers in front of me. In the battlefield, at the border, this view is inspiring…. Today I speak of your glory”.