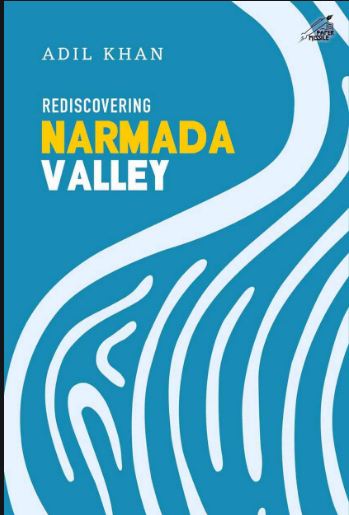 Rivers have been an inseparable part of human civilizations since times immemorial. But books dedicated to rivers is a recent trend in India, especially in the English language. In Sanskrit, Tamil, Marathi, and Hindi some river literature has been around. In the past few years, new river literature in English has come forth on various interesting facets. As a book lover and an environmentalist, I welcome this phenomenon.

Books like River of Life, River of Death (on the Ganges) by Victor Mallet;  Living Rivers and Dying Rivers by India’s eminent river expert late Ramaswamy R Iyer and Unquiet River (on Bramhputra) by Arupjyoti Saikia are among the recent scholarly additions towards enriching the river literature in India.

Each river has its own history, unique ecology and some of them have their share of controversies as well. Inter-state rivers like Cauvery, Krishna, and Narmada are among them. I find river-writing as a rapidly emerging genre of literary pursuits. But it is not an easy task for an author.

The book under review does not say much about river ecology or environmental aspects but is a very good research work tracing the various controversies related to dam-building efforts across Narmada. The author, a resident of Madhya Pradesh, has painstakingly taken several ‘dips’ into archives to give the readers what they may have known superficially and forgotten or have not known at all.

The book focuses on the need for power generation through dams, enhancement of irrigation potential, the trauma of displacement faced by thousands of people from the Valley, the rehabilitation issues, water politics and the struggle between Gujarat and Madhya Pradesh over the height of the Sardar Sarovar Project (SSP) on the mega-dam and water-sharing issues, etc. Thus, it makes the book a little different from the ones named above.

A few years ago, the Cultural Heritage of Narmada Valley was brought out as a collection of essays about archaeology, heritage, and culture of the river around the Hoshangabad district. It was an effort of the then-District Collector Faiz Ahamad Kidwai. District collectors rarely write such works. Then, The Nature Conservancy, a New Delhi-based organization brought out Common Plants of the Riparian Zone of the River Narmada. This little scientific book revolves around Hoshangabad and Harda districts and, again, the then Divisional Commissioner Umakant Umrao, who has worked on the subject of water, was instrumental behind this book. Both are rare examples of bureaucrats’ interests in rivers.

This book is entirely different from the above two efforts. Full of statistics and historical facts culled from official records over the past 70 years or more, the author has sketched a very different profile of the mighty river which both Madhya Pradesh and Gujarat claim as their lifeline. Author Adil Khan was a rare publicity officer with a scholarly mind. He utilized his long years with the  Narmada Valley Development Authority (NVDA) to study the river from a perspective of the issues related to the tribals and farmers of the Valley and narrated how the river became a bone of contention between politicians in Delhi, Bhopal, Ahmedabad, and Mumbai who wanted more share of electricity and water and fought to reduce the plight of their respective populations. The four beneficiaries of the Narmada projects were MP, Gujarat, Rajasthan, and Maharashtra.

As a journalist, I had covered the Narmada Bachao Andolan (NBA) activities for many years. The NBA, led by Medha Patkar, the Magsaysay Award winner, had opposed the construction of big dams on the river. For three decades, she worked to get justice to small peasants and poor tribals of the Valley. The book briefly narrates how she locked horns with the successive Gujarat Chief Ministers, who wanted the dam’s height to be raised, and how she was supported by MP CM Digvijaya Singh for 10 years, who was against increasing the dam height.

The NBA was more active in MP than in Gujarat. In the early 1990s, when the World Bank showed interest in funding the SSP, NBA intensified agitation. Sensing the mood, the Bank formed an experts’ panel, the Morse Committee, which in its report of June 1992, recommended that the Bank should dissociate with the SSP. This came as a shot in the NBA’s arm. But she could not stop the work on the dam; yes she did manage to get a huge compensation package of Rs. 60 lakh per person from the Supreme Court for the displaced people. Patkar’s popularity gradually waned.

The book gives interesting historical data about irrigation, hydropower generation from major and minor dam projects across India’s holiest river, and significant events related to the Narmada Valley. Curiously, the author does not offer his own comments or opinions on most of the events, political or otherwise. Divided into 29 small, easy-to-read chapters, the book begins in 1901 when the First Irrigation Commission of India underlined the desirability of constructing a barrage on Narmada near Bharuch in Gujarat. So, from 1901 to 2017 when the Sardar Sarovar Project (SSP) was formally inaugurated by Prime Minister Narendra Modi on his birthday, the reader gets to read this chequered history in the book.

In the Chapter on ‘The Politics of Water’, the author refers to the Narmada Water Disputes Tribunal (NWDT) which had in its final Award in December 1979, decided that Gujarat would get 9 million acres feet(MAF)) water and that the height of the SSP dam would be 455 feet (138.68 meters). This infuriated the anti-dam groups in MP and Gujarat, which began nation-wide agitations. While Gujarat was happy that the dam’s height was fixed to its satisfaction, leaders of MP (both BJP and Congress) were opposed to it as the maximum irrigated land in the Valley to be submerged was in MP.

The author narrates how the height of the proposed dam in Bharuch district became the issue of contention between the two states as it impacted a large number of tillers in MP. While successive Chief Ministers of Gujarat, cutting across party lines, were for the 455 feet height, most MP CMs opposed it. Surprisingly, when Union Water Resources Minister Vidya Charan Shukla assured a delegation of Gujarat MPs in February 1994, that the height of SSP Dam would not be brought down, MP CM Digvijaya Singh told the Assembly a month later that fertile land in large tracts in the Nimar region and life of 30,000 plus families in MP could be saved if Gujarat agreed to reduce the dam height to 436 feet.

Most Prime ministers from Indira Gandhi onwards tried to broker a truce between the two states but legal and administrative hurdles delayed the project as agitations kept mounting pressures on the governments of the day.

In 1972, MP had submitted a master plan to NDWT proposing 29 large, 135 medium and about 3,000 small dams on the river. Projects on Narmada’s tributaries were also planned at Barna, Tawa, Mann, and Kolar. On this basis, NWDT had allocated 18.25 MAF water to MP out of the total 28 MAF assessed water in the Narmada basin at that time. To complete the projects with multi-crore rupees budgets, more agencies such as NVD Department, Narmada Planning Agency, and Narmada Control Board were created in the 1980s. Major projects included the Bargi Diversion, Indira Sagar, Punasa Lift Irrigation, and Maheshwar.

The Gujarat-MP conflict came to an end after the final order by the Supreme Court, which, on 18 October 2000, granted permission for filling the dam up to a full height of 455 feet (138.68 meters). But agitations continued and dam inauguration could only be done 17 years later by PM Modi. In 2006, after clearing many other hurdles, the Narmada Control Authority (NCA) allowed construction saying the rehabilitation work was completed. Gujarat quickly started construction on the dam to raise the height.

To sum it up, this book covers one of India’s most talked-about dam projects, the lengthy legal disputes, environment angles, etc. and provides the readers a rare insight into the river, how it impacted large number of people’s lives, how governments of the day handled (or mishandled ) the mega project and what it ultimately achieved. Most major and minor irrigation projects, their canal work and distribution channels, including up to Rajasthan from Gujarat, have been completed now thus enhancing the irrigation potential of the respective command areas, beyond anyone’s imagination.

*(The reviewer is a senior journalist who writes on environment, politics and urban issues. He can be reached at kabhilash59@gmail.com and on his Tweeter handle Abhikhandekar1)